Vertical talus is a rare deformity of the foot which is diagnosed at the time of birth. Because babies are born with the condition, it is also known as congenital vertical talus. It is one of the causes of a flatfoot in the newborn. One foot, or both feet, may be affected. Although it is not painful for the newborn or even the toddler, if it is left untreated, vertical talus can lead to serious disability and discomfort later in life.

Vertical talus is usually diagnosed at birth (perhaps even before birth if an ultrasound is performed during the pregnancy). Other foot deformities in the newborn are more common and vertical talus is often initially misdiagnosed as some other type of newborn flatfoot, or even as a clubfoot.

The exact cause of vertical talus in not known. Many cases of vertical talus, however, are associated with a neuromuscular disease or other disorder, such as arthrogryposis, spina bifida, neurofibromatosis, and numerous syndromes. Your doctor may decide to perform additional tests to discover whether your infant has any of these other conditions. The goal of treatment for vertical talus is to provide your child with a functional, stable, and pain-free foot. It is important for vertical talus to be treated early. If the deformity is allowed to progress and your child learns to walk on an abnormal foot, calluses and painful skin problems will develop. It becomes hard to find shoes that fit properly and your child will not be able to walk normally.

Nonsurgical Treatment
Although the most common treatment for vertical talus is surgery, your doctor may recommend a trial of nonsurgical treatment. This includes a series of stretching and casting designed to increase the flexibility of the foot and even in some cases correct the deformity all together. Some doctors also recommend continued physical therapy exercises to stretch the foot and improve flexibility. (Note: with any casting, bracing, or a stretching program, you should watch for changes in the temperature and color of your child’s foot. These may indicate a problem with circulation.)

Surgical Treatment
If this conservative treatment is not successful in correcting the problem, your doctor may recommend surgery at approximately 9 to 12 months of age.

Surgical recovery.
After the operation, your surgeon will apply a cast to keep your child’s foot in the corrected position. Your child will most likely stay in the hospital for at least one night after surgery to help control pain, and for your surgeon to monitor any swelling in the foot. After 4 to 6 weeks, the cast will be removed. A brace or special shoe may be required to help prevent the deformity from returning. 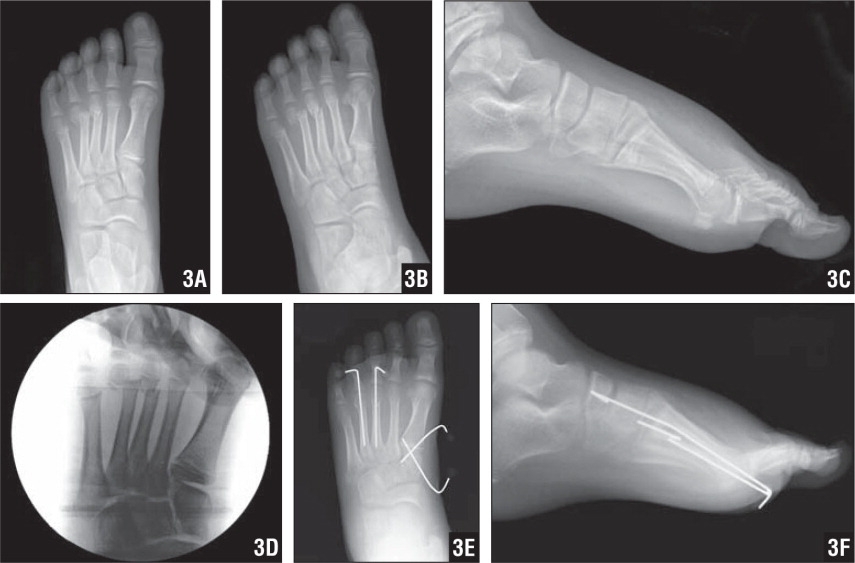 Lisfranc (midfoot) injuries result if bones in the midfoot are broken or ligaments that support the midfoot are torn. The severity of the injury can vary from simple to...... details 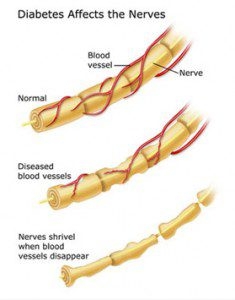 Diabetic neuropathy is a condition that affects the nerves of people who have diabetes. Peripheral neuropathy can cause tingling, loss of feeling, and pain in the feet. Those most...... details 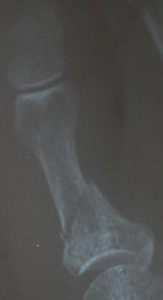 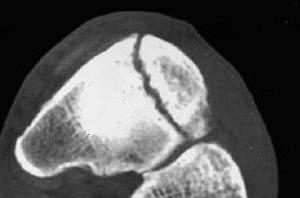 A navicular stress fracture, figure 7, is an injury to the bone on the inside of the foot between the ankle bone and the midfoot. People who develop a...... details